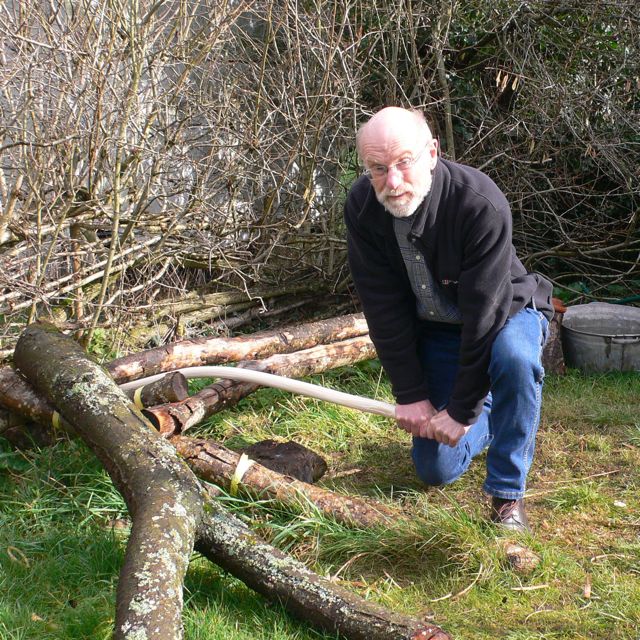 A week ago I spent an hour or so with Richard Mackley, who had contacted me about bending a new back leg so that he could repair an old, broken Clissett chair. When I saw the distorted grain in the broken leg as well as the very straight seat-rails, I really doubted that this was a cleft-wood chair, even if the legs had a distinctly oval cross section. (I’m really sorry I didn’t take more detailed photos – maybe another time). Anyway, I sold him a few lengths of nice straight ash so that he could turn some new legs and we arranged another session to do the bending.

Interested to find out more about this apparent ‘fake’ Clissett, Richard and I exchanged e-mails with Terry Rowell, a relation by marriage to a Clissett descendant, who has compiled a remarkable website all about the old fellow and his chair-making: http://www.philipclissett.co.uk/. Much to our delight, Terry agreed to join us on our bending session to look at Richard’s chair and to bounce about ideas on bending the back legs.

It took little time for Terry to confirm my doubts about Richard’s chair not being made by PC. But neither did it seem to be a Gardiner or Neal version either. Undaunted, Richard bent 2 pairs of nicely turned legs with a bit of help from myself with a wallpaper stripper generating clouds of steam.

Sadly, Richard had to leave us in order to take one of his woodworking classes at Herefordshire College. Then Terry and I got down to our issue about how PC bent his back legs. Having examined as much historical evidence as possible, Terry’s hypothesis (he trained as a scientist) is that PC bent his legs without the use of either steam, or boiling water, as used by Lawrence Neal: http://www.lawrencenealchairs.co.uk/video.html. I was introduced to the work of PC by my old mentor Jack Hill. (I’ve just found the website he seems to have started, the year before he died in 2009: http://www.southirishhorse.com/hill/). Jack used steam for all his bending, as one needs a great deal less boiling water than if you immerse the legs in a big tub of boiling water. This is what I have always done myself.

I had spent the previous afternoon cleaving and shaving 3 pairs of legs from the lovely straight ash logs that I had collected in November. I found it helpful to have a range of froes, from the huge Ray Iles froe down to a little broken Bristol Design one. 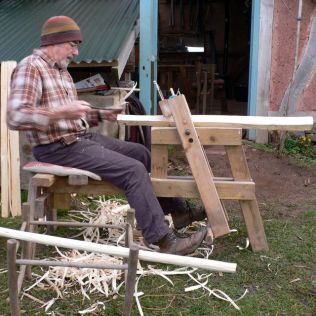 Now was the time for Terry to convince me, against all my scepticism, about his theory of cold bending. Before he started he asked me to shave the leg down a little from the 38mm diameter to nearer the 32/33mm of his delicate PC chair. Allowing for shrinkage we settled for about 34mm. We decided to use my cleaving brake as a bending former…….and to my great surprise, the leg bent quite easily with no sign of kinking or snapping or tearing. I love the expression on Terry’s face, clearly saying ‘told you so!!’

Not for the first time in my life, I had to open my mind to rethink my long-held beliefs. It obviously sprung back somewhat but it is documented that PC put his back legs, held in a bending jig in a cooling baker’s oven for 20-30 minutes to harden, then a few days in the warm to dry. We then had another go with a 38mm leg, with little extra effort required. 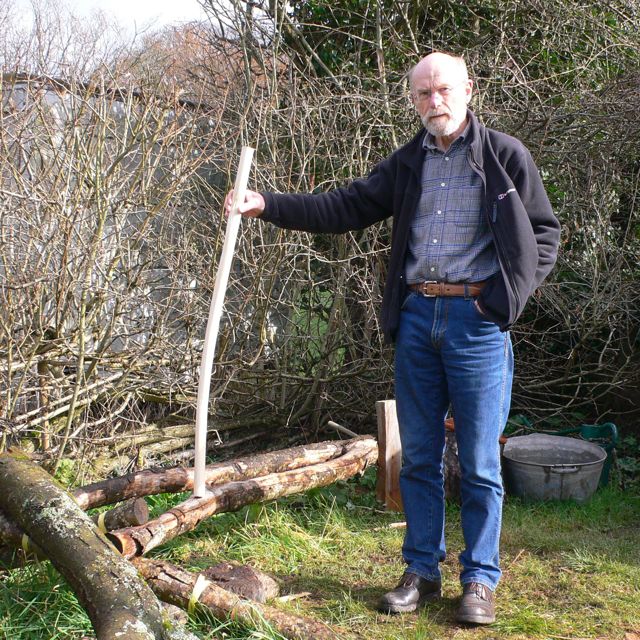 As Terry said ‘If they can be bent cold, why would Clissett have messed about with boiling water or steam’. When compared with the examples of chairs by Clissett and Gardiner, it appears that the cold bending produces the gentle curve as seen on the Clissett chair as opposed to the comparatively kinked leg produced in Gardiner and Neal chairs.

Hopefully Terry will join me at the forthcoming Bodgers Ball in May near Bristol, for a discussion on various ways of bending not only chair legs but scythe snaiths.

One thought on “Bending chair legs”