Today started by steam-bending the last set of laths. Before I could do this, I took out the 2 sets that I bent on Sunday and fitted them into the setting jig. They needed packing out with a some slices of thin plywood to retain maximum bend. 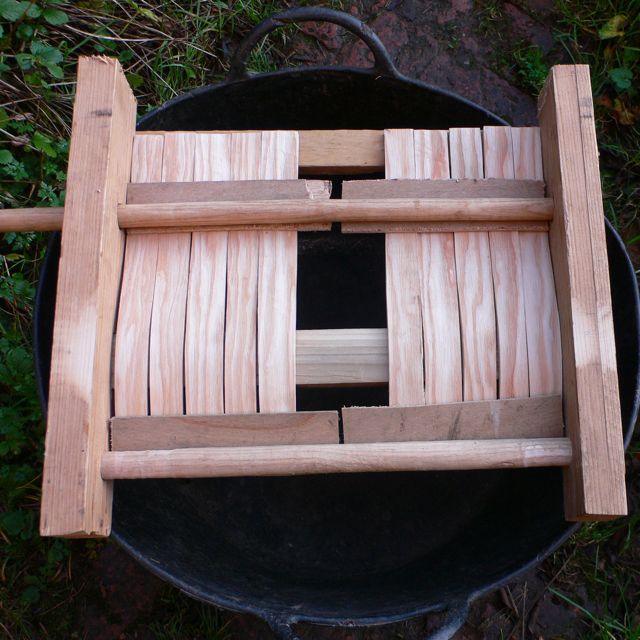 To make the side rungs and seat-rails for the 6 chairs, I used a log felled this April that had been cleft in half when making legs in a course this summer. It was 18cm (7″) diameter and I cut 3 lengths of 38cm (15″). As with the wood for the legs, this was best split into thirds. In theory, each third would yield 5 rungs and 3 seat-rails. 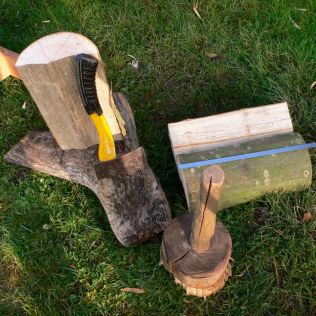 After cleaving the first of these lengths it looked as if I had the blanks for 6 seat-rails and 11 rungs, with 5 lengths of rejects – either run out during cleaving or defects in the wood.

By the time I had shaved them, this had gone down to 6 seat-rails and 9 rungs. 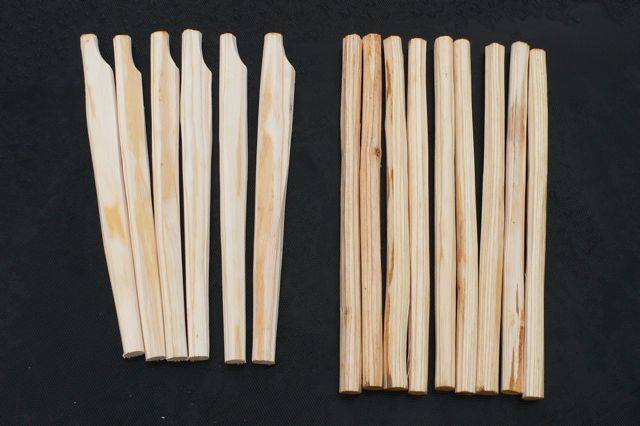 The beauty of working green wood is that one can happily reject anything that’s not right for the job. I had been thinking of cutting all of my spring-felled logs into firewood, so getting a load of chair parts out of this log is a bonus. Because it had been felled 8 months ago, I then left these shaved blanks in a tub of water for several hours. The idea was for them to soak up some moisture so they would swell a little. Then when I cut the tenons with the tenon cutter, they would shrink to the desired size. (After taking the photo, I placed a weight on them to hold them under the water). 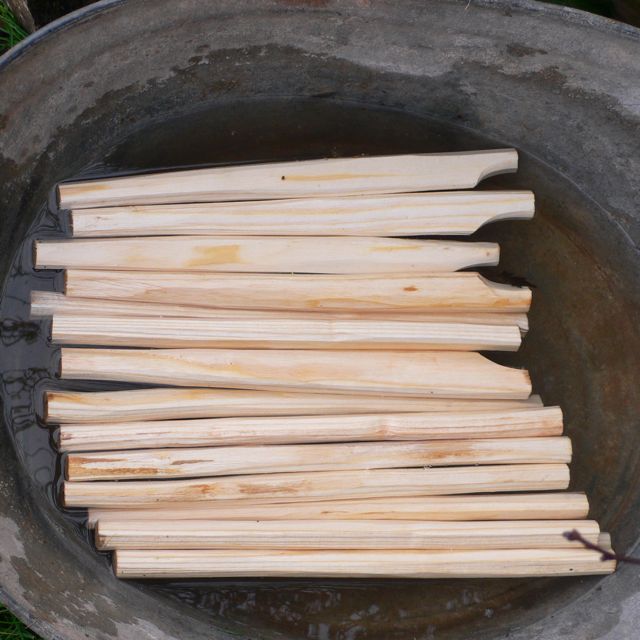 Those 3 sections of the half log just yielded the 36 side rungs and rails plus 4 back seat-rails and are now drying in the racks above the wood-burning stove.